These Major Contemporary Artists Are Passionate Collectors of Outsider Art

Ever wondered what’s in Cindy Sherman’s art collection? Well, it certainly includes at least one quirky sculpture by Mr. Imagination, a Chicago-born outsider artist whose preferred media included bottle caps and molding sand. Sherman’s Mr. Imagination piece is a simple paintbrush that is painted to resemble a black man with a vertical shock of hair. The Pictures Generation star also owns a dramatic photo booth snap by Lee Godie; prints by Morton Bartlett, best known for staging eerie black-and-white tableaux using dolls; and a drawing by Lady Shalimar, an agoraphobic artist who expressed herself through an ongoing series of flamboyant self-portraits.

These highlights from Sherman’s private collection were on loan recently for “Relishing the Raw,” an excellent mini-exhibition curated by critic Paul Laster that was hosted within this year’s edition of the Outsider Art Fair (OAF) in New York. Laster’s goal was simple: to tap well-known contemporary artists who have a passion for self-taught, marginalized, and otherwise off-the-beaten-path talents.

The show wasn’t simply a voyeuristic chance to see the kind of work artists are buying in their spare time. Laster’s savvy curation connected the dots between these outsider artists and the contemporary masters who collect them, spotlighting shared resonances and styles. KAWS, for instance, contributed a lively colored-pencil drawing of a woman struggling with a pile of chairs; it’s by Helen Rae, an octogenarian artist who makes work at First Street Gallery and Art Center, a California-based center for creatives with disabilities. The piece shares a certain comic sensibility, vibrant color palette, and chaotic energy with KAWS’s own paintings. The artist, who recently joined the board of the American Folk Art Museum, is also an avid collector of the drawings of Susan Te Kahurangi King⁠—not included in the Outsider Art Fair exhibition this year⁠—which appropriate well-known cartoon characters into implausible, fantastical scenes.

Laster was delighted to find other aesthetic connections. Chris Martin, for instance⁠—a painter prone to messy abstraction, with the occasional collaged element⁠—owns work by Purvis Young. The painting that hung at “Relishing the Raw” resembles a rough, colorful landscape, completed over several scraps of layered canvas. Laurie Simmons⁠—known for carefully composed photographs of dollhouses and Japanese sex dolls, among other things⁠—collects the elegantly bizarre portraits that outsider artist Eugene Von Bruenchenhein took of his wife in his Milwaukee home studio.

Nicole Eisenman’s contribution to this show, meanwhile, is a delightful crowd scene created by her own great-grandmother, Esther Hamerman. It’s apparently meant to depict the frenzied action at a sports game, and yet there’s an undercurrent of strange menace in the drawing. As Laster noted, the vibe it shares with Eisenman’s own gently surreal figuration is undeniable.

What makes mainstream artists so interested in collecting work by those who toiled well outside typical channels and institutions? Laster cited the prominence and popularity of recent exhibitions that privileged outsider art, from the Massimiliano Gioni–curated central exhibition at the 2013 Venice Biennale to the touring show “Outliers and American Vanguard Art.” But there’s also personal appeal. “From my conversations with artists who collect this material, there is usually a fascination with the self-taught artist’s humble lifestyle, inventiveness of ideas, and sacrifices that they make for their art,” Laster said. Established artists “are attracted to this work because they see it as pure, not made for a market⁠—made from obsession, vision, and a sense that it had to be made.”

The gallerist Andrew Edlin, who owns the OAF, concurred. “I think one reason may be that the work is so unselfconscious and might remind them of their early days, even as kids, when making art didn’t involve the watchful eyes of their fellow artists, professors, curators, collectors, and critics,” he said.

They may also spot something that connects with their own artistic concerns. “KAWS has a special affinity for great draftsmanship that I suspect applies to most of what he collects,” Edlin added. He sees a clear connection between Sherman and Godie, whose photo booth portraits were an exercise in dress-up and artifice.

The roster of outsider work beloved by mainstream artists contains plenty of names that are, by now, well-known (with impressive sales results to boot, in some cases). Sam Messer owns a painting by Howard Finster, a Southern minister with a trove of works owned by the Smithsonian American Art Museum. Maurizio Cattelan’s collection includes a hallucinatory abstract painting by Von Bruenchenhein, who was included in Gioni’s 2013 Venice Biennale. George Horner loaned to “Relishing the Raw” a charmingly weird drawing by the late artist and cult musician Daniel Johnston. And both Brooklyn Rail editor Phong Bui and art-market darling Nicolas Party have bought pieces by James Castle, known for drawing on paper with soot.

But others here are farther below the radar. Curtis Farley, Laster said—who is part of James Siena’s collection—is completely absent from Google. Wayne Magrin is a painter of surfers and ocean scenes whose work was stumbled upon by Julian Schnabel during a visit to Australia; the blue-chip artist later curated a 2018 solo exhibition of Magrin’s work in Los Angeles. Godie spent decades selling her works to strangers and passersby in Chicago; the artist John Williamson did the same in Chelsea. It’s a reminder that thrilling self-taught art is all around us, whether or not it’s been vetted and blessed by the institutions and curators who are slowly building a canon of outsider art. 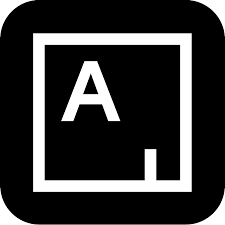