A new European Union directive is forcing the art industry to change sales practices across the continent, leaving some dealers and auction house officials unsure of how the new rules will affect them.

EU nations were supposed to adopt the Fifth Money Laundering Directive by January 10, while the United Kingdom, which has the largest art market on the continent, according to the 2019 edition of the Art Basel and UBS Global Art Market Report, has enacted a stricter set of regulations at the last minute.

Through the new law, officials at galleries, auction houses, and freeports operating in the U.K. must record and potentially report who the identities of their customers. The rule is aimed at eliminating intermediaries and other practices that have been used obscure the true owners of artworks.

Art sellers in the U.K. are required to “carry out customer due diligence under anti-money laundering regulations,” the British government said in a summary of the changes.

The art market was estimated to be worth $67 billion at the end of 2018, and the underground industry is reportedly worth some $6 billion per year. The British art market accounts for 21 percent of worldwide art sales, according to the Art Basel and UBS report.

While the British regulation was long planned, the specific rules were only finalized on December 24, 2019, leaving many in the British art-community frustrated at the last-minute change.

“I am nervous that not everyone will understand precisely what they have to do. This is guidance that is running to well over 100 pages and its quite a lot to get their heads around,” said Christopher Battiscombe, the Director General of the Society of London Art Dealers. “There are quite a lot of obligations to members, the form that needs to be drawn up; report suspicious transactions, and you have got to get all these details right. The thing has been a little bit rushed through in a sense.”

“Sellers might not be aware of the new changes,” said Kenneth Mullen, an intellectual property lawyer for the London-based firm Withersworldwide. “Everyone was expecting some guidance, and it didn’t happen.”

Speaking to ARTnews, dealers said they were already subjected to disclosure regulations, but the new directives make those rules more explicit.

“Given the amount of fraud that takes place in the art world, it is a regulation that is going to serve the community more than anything else,” said Christopher Marinello, a specialist in art recovery. “Doing due diligence on the actual work of art is not sufficient. You need to look into the background of the people you are dealing with.”

Still, members of the British art community predicted that the new regulation would affect specific areas. Gallerists who spoke to ARTnews said they have been training their staff on compliance, which will entail additional paperwork and changing internal practices.

“It’s going to be interesting when you have fairs in Europe,” said George Ludlow, the gallery manager at Charles Ede, a London gallery, adding that American exhibitors at such events may be unaware that they may now be legally obligated to ask buyers for ID.

Dealers also said that the natural flow of an art sale in the U.K. may change.

“The challenge for us is to include these requirements so that they don’t impede often-emotional deliberations concerning whether [buyers] need a picture or not,” said Philip Mould, the founder of an eponymous gallery in London. “I see our greatest challenge as artfully bringing these regulations in a natural process, rather than something that could deflect the buyers’ focus.”

The British government sought to downplay changes under the new directive.

“Organizations subject to anti-money laundering regulations will already be familiar with the steps they need to take in order to achieve compliance,” Lee Robins, a compliance officer at the British government’s regulatory agency, said in a statement.

Regulators have told those in the British art industry there will be an initial grace period in enforcing the new rule. But some still have doubts about how effective the British government will be at making sure that the new regulation bears fruit.

And even when rule-breakers have been caught, “the average fine is a few thousand pounds,” Cowdock said, which “is going to pale in comparison to the value of some artwork.” 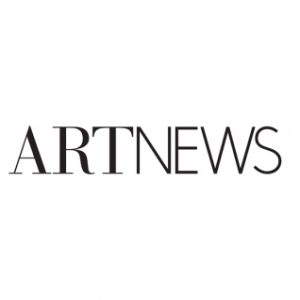