James D. Julia’s Auction House is Firing Its Last Round

For the past half century, auctioneer Jim Julia has been a purveyor of memories.

From the rifle that first shot Bonnie and Clyde before police riddled their car with bullets, to artifacts from Custer’s Last Stand, sharpshooter Annie Oakley’s gun collection and George Washington’s 1781 map of the Battle of Yorktown, Julia’s appraisal and auction house on U.S. Route 201 in Fairfield has opened a window onto history, generating an estimated $600 million to $700 million in auction sales over the years.

Auctioneer Jim Julia, 71, displays a Freedom box and a ship’s log from the USS Constitution that could sell at auction for $200,000 each. Staff photo by David Leaming

A past auction item was a Colt single-action Army revolver used by one of Lt. Col. George Armstrong Custer’s men in the Battle of the Little Bighorn. Staff photo by David Leaming

James D. Julia Auctioneers Inc. has been sold and will hold its final two auctions in February and March.

In December, Dan Morphy, of Morphy Auctions in Pennsylvania, acquired the company founded in the late 1960s by Julia’s father, Arthur.

“There’s two feelings,” said Julia, 71. “First of all is a sense of sadness; this is something I built. I thought I was going to do this until the day I died. The excitement was extraordinary.

“Being in this business was like being in the Klondike in 1896. Every day I come upon some more gold nugget. But also, in addition to all that, it’s an extraordinary relief. When I had two burdens – the business and my wife – there wasn’t any question what was more important.”

Last year, Julia’s wife of 18 years, Sandy, 71, was diagnosed with terminal brain cancer. Julia took time off during the months since the diagnosis to look after his wife and turned daily operations over to the company’s CEO, Mark Ford.

“My company last year grossed about $45 million, and the Morphy company grossed around $34 million,” Julia said. “The combination of the two companies put them in a position to generate perhaps as much as $80 million a year. If they do, they will become the fourth- or fifth-largest antique auction house in the world.”

Julia’s, with a satellite office in the Boston area, was one of the top 10 antique auction houses in North America, with Jim Julia himself hammering the gavel and barking out bids from his station at the front of the auction hall. Items auctioned at Julia’s included high-end collectibles, firearms and decorative arts, lamps, glass, fine jewelry and fine art.

“We’ve handled some of the greatest gun collections sold in this country in the last 20 years,” he said from his desk at the auction house, buzzing with 20 or 30 employees preparing for the 2018 Las Vegas Antique Arms Show, scheduled for Jan. 19-21.

Julia said he took over his father’s business after college and layered operations into a structured business, unlike most single-owner auction houses. 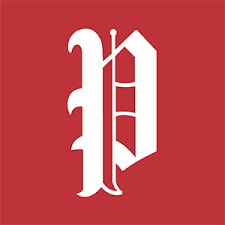