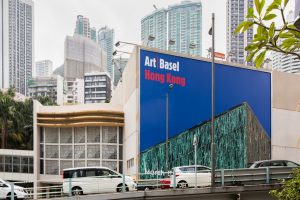 The company is hoping to lure VIPs with a specially built platform. Art Basel in Hong Kong. © Art Basel Wondering what will happen to the art worth hundreds of millions of dollars that was slated to go on display at the now-canceled Art Basel Hong Kong? Fair organizers have an answer. Today, Art Basel announced that the first iteration of its new online viewing rooms will launch in March, allowing exhibitors to show works on the web that they had originally planned to bring to Hong Kong. (After weeks of uncertainty, the annual show, held at the Hong Kong Convention and

The Ivamarie Rideout Doll Collection at...