Read about Alvar Aalto’s versatile and popular piece of furniture, the Stool 60.

The simple and stackable Stool 60 celebrated its 80th anniversary in production in 2013, a true testament to its straightforward yet pleasing design. Created by the designer and architect Alvar Aalto (Finnish, 1898–1976) in the early 1930s, the Stool 60 was an experiment in Functionalism and the International Style, design movements that emphasized a minimalist, utilitarian, and efficient aesthetic. The three-legged stool was constructed out of bent wood, varying from the popular tubular steel used by many of Aalto’s contemporaries. The result was a durable and practical stool that would go on to sell millions of copies over its 80-year production.

The stools have been produced by Artek, a firm Aalto co-founded in Finland along with his wife, Aino Aalto (Finnish, 1894–1949), Maire Gullichsen (Finnish, 1907–1990), and Nils-Gustav Hahl. To mark this anniversary, Artek presented special editions of the Stool 60, including a series by the German art director and artist Mike Meiré. Meiré’s edition does not alter the classic form, but plays with its appearance, painting the surface in colors reminiscent of those used in Aalto’s building, the Paimio Sanatorium (1928–1933), in Finland. Whether stacked away in the corner or in use as an impromptu table, the simplicity and versatility of Aalto’s product have given his design an eternal presence in the design world. 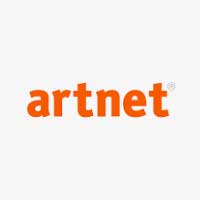