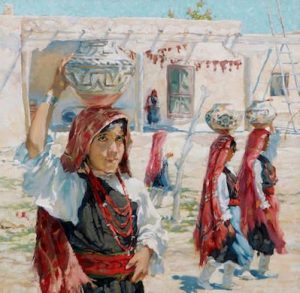 A sculpture by Cyrus Dallin is another key lot. Titled Appeal to the Great Spirit, the 22-inch bronze model is the 12th in an edition of 107. It depicts a Native American mounted on a horse. His palms face up and his head tilts back. A Bob Kuhn artwork titled Elephants in the African Veldt is available as well. It was possibly inspired by Kuhn’s discovery of the biggest bull elephant in the world. Interested Western Art collectors can view the full catalog or register to place a bid by visiting Bonhams.