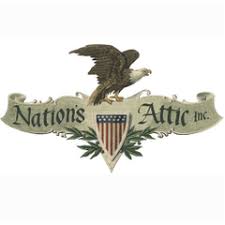 Diving helmets are among the most sought-after U.S. Navy collectibles. U.S. Navy Mark V helmets are particularly famous among collectors for their looks and origin. These helmets were used from 1916 to 1984 and manufactured as per designs from the U.S. Navy Bureau of Ships. The upcoming Nation’s Attic Inc. auction presents multiple USN Mark V helmets from different manufacturers. Among them is a 1972 U.S. Navy Mark V helium diving helmet nicknamed “the Widow Maker.” Produced by the Diving Equipment & Supply Company, the mixed gas helmet was perfect for deepwater expeditions. The helmet earned its nickname from its lethal Co2 absorbent. Also showcased in the auction is an Andrew J. Morse diving helmet with equipment made during 1908. The set includes a whip, air control valve, Craftsweld communication radio, speakers, and the owner’s diving biography.

A Tarzan camera housing by diver Georges Beuchat is another offering. Georges Beuchat was known for inventing underwater equipment. The Tarzan was the first commercial camera housing made in Europe. Its design could accommodate Leica and Foca cameras, which were popular during the 1940s. Artworks such as a scrimshaw 16-inch walrus tusk are also notable. Scrimshaw art involves carving ivory, ething drawings on the bone surface, and filling the spaces with pigment. Additionally, fine art collectors will find Hawaii Born in Paradise, a piece by marine conservationist and artist Robert Wyland. Interested bidders can explore the entire catalog on Bidsquare. Find continued coverage of the diving helmets in this sale on Auction Daily.