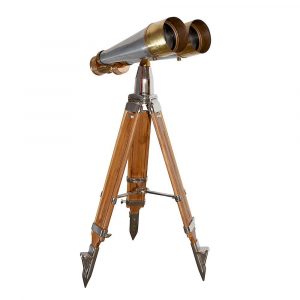 For a species as young as Homo sapiens, every piece of fossil is a gift from the great history of our planet. Even so, this 145 million-year-old Xiphactinus might just be one of the most extraordinary fossils to be auctioned at The Gentleman’s Library by Whitley’s Auctioneers. The matrix became the final resting place for Xiphactinus, an extinct species of predatory fish, from the Late Cretaceous Period.

Also included in the auction is a large specimen of Selenite Crystal. The unusual item excavated from Brazil holds several spiritual connotations. It is believed that Selenite crystal can conjure protection and dispel negative energy. Likewise, the sale presents another piece far from the ordinary- a Japanese World War II monocular. Mounted on an adjustable wooden tripod with chromatic elements, the monocular was initially manufactured for a battleship. Find out more items and register to bid online on Bidsquare.