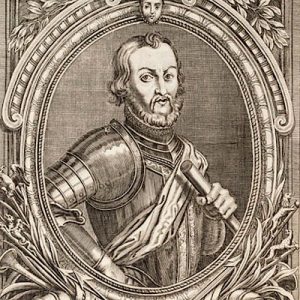 In 1847, American cartographer Henry Schenck Tanner sat down to update a map he previously made of Mexico. The relatively peaceful process of crafting a map is a hard juxtaposition to the wars being fought at that time for many of the territories his map outlined. This included Texas and the modern-day American Southwest. Tanner’s map is among the many collectibles in the Subasta de Libros y Documentos de Intervenciones auction offered by Morton Subastas that detail the history of Mexico and North America.

Another map included in this auction is from French military officer Gustave Léon Niox from his expeditions in Mexico from 1861 to 1867. He was asked to create a new map of the entire Mexican country during the Second French Invasion of Mexico. The lot also comes with a book containing military reports of Mexican chiefs, diplomatic correspondence, and other documents. A book by Juan de Solórzano Pereira is among the lots with the highest estimated value in this auction. Juan de Solórzano Pereira was an early writer on law in South America. Morton Subastas notes that this book, in particular, is a notable piece of commentary on the discovery, conquest, and colonization of America. You can view each of these lots and register to bid online on Bidsquare.