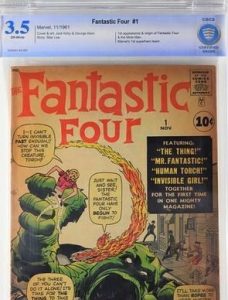 Other available items include a G.I. Joe toy tank from Hasbro. This toy is a motorized battle tank from the movie G.I. Joe. DC Comics collectors can find The Batman Adventures issue #12 from 1993 and Detective Comics issue #359 from 1967. For more information and to register to bid, visit Bidsquare.