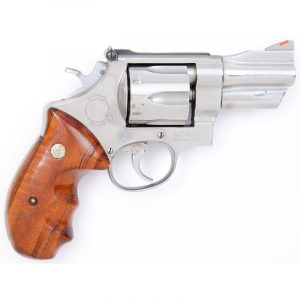 The upcoming Sporting Arms and Accoutrements auction, offered by Cowan’s Auctions, presents a variety of classic firearms and other weapons. Included in the sale is a Colt .44 caliber Army model revolver from 1860, which was the most widely carried revolver during the American Civil War. Though little information is available about the history of this particular lot, the Army model was issued to cavalry, infantry, artillery, and naval personnel alike. Military and non-military firearms up for bid include pieces from Winchester, Smith and Wesson, Ruger, Springfield, Remington, and Glock.

Several blades and swords will also be available, including a Japanese Kai-Gunto, which is signed by Ota Yasutsugu. Originally from Okayama, Yasutsugu was on the List of Gendai Swordsmiths as a “Maegashira” or top-ranked smith. The Gunto is the style of sword produced for the Japanese military after the samurai era.

Other items offered in this sale include a pair of Mexican wolf chaps, a pair of boots with a silver inlay and spurs, Japanese arrowheads, a British fife lighthouse helmet, and late 19th-century saddlebags. View any of these lots and register to bid on Cowan’s Auctions.