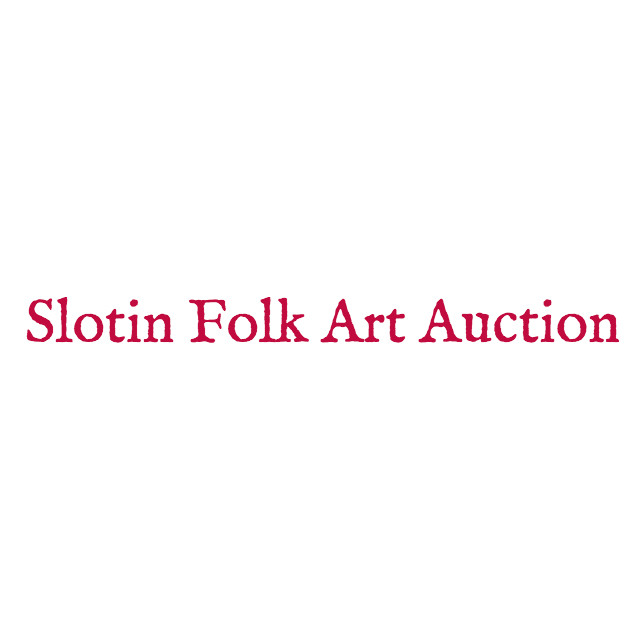 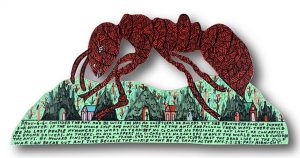 On the second day of the upcoming Self-Taught, Outsider & Folk-Art auction, Slotin Folk Art will feature well-known outsider artists such as Howard Finster, Purvis Young, and Mose Tolliver. One key lot is an English cane from the 1880s, the handle carved to resemble a male bust. A phrenology design on the skull shows where one could anatomically find order, numbers, and even hope. The emphasis of this auction is on mixed media works and fine art, particularly that from Indigenous, African American, and Southern cultures.

Several of Howard Finster’s Coca Cola paintings are included in this sale, but of particular interest is his sculpture works. Calling Heaven, a rotary telephone covered in paint and marker, shows dozens of miniature figures in beige, pink, and blue. Levent Isik’s Dairy Queen is a mixed media piece depicting a crowned nude licking an ice cream cone. In stylistic contrast, Michael E. Smith’s Prophet Royal Robertson photograph takes a critical look at the political scene of the 1990s. View the full catalog offering over 400 lots and register to bid on LiveAuctioneers.