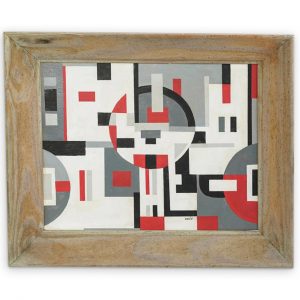 An antique Chinese pendant necklace made of 22-karat yellow gold and carved jadeite leads the listings as well. The 19th-century pendant has character markings below. China’s connection to jade traces back to the Neolithic period. Considered to be a symbol of purity, the stone has been valued for its aesthetics and durability for generations. The sale also features a metal sculpture by Sergio Bustamante. It depicts a sun head with a boy’s body in an acrobatic position. The lot also includes a book titled The Mexico of Sergio Bustamante produced by Tyler Smith and Clint Clemens. To view the complete catalog and register to bid online, visit LiveAuctioneers.