Property From Bill Wyman And His Rolling Stones Archive 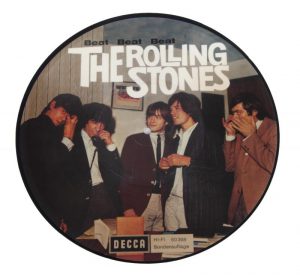 William George Perks, Jr., or Bill Wyman, is an English musician widely known as the bass guitarist for the Rolling Stones. He started recording and touring with his band, Bill Wyman’s Rhythm Kings, in 1997. Julien’s Auctions will present property from Wyman and his Rolling Stones archive in the upcoming auction. Bass guitars, amplifiers, and disc awards can be found in the sale.

Particularly showcased is a 1969 Fender Mustang bass guitar with Competition Orange finish. Wyman used this guitar from 1969 to 1971, including in the music video for the Rolling Stones single “It’s Only Rock ‘n Roll (But I Like It).”  Another highlighted lot is a 1962 VOX AC30 amplifier. This amp was built in 1962 at the Jennings Dartford Road factory. It is housed in a black road case, decorated with labels that read “Ripple Productions” and “Vox.” The amp can be seen in a photograph of the Rolling Stones’ first outdoor show at Battersea Park, London on May 4th, 1963. Other lots include a 1999 Mercedes-Benz and a 1965 document signed by Mick Jagger and Charlie Watts. View the complete Wyman collection and register to bid at Julien’s Auctions.