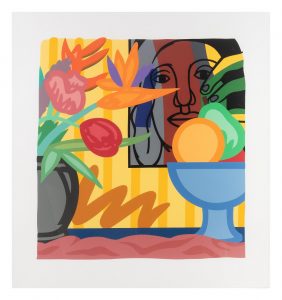 Ansel Adams described his life as “colored and modulated by the great earth gesture.” In love with nature from a young age, the 20th century photographer mostly captured the scenery of the Western United States. Some of his photographs, including Clearing Winter Storm and Moon and Clouds, will be available in the upcoming Prints and Multiples auction offered by Hindman Auctions.

Another notable piece available in the sale is an engraving by Jackson Pollock. In this untitled work, drypoint scribbles are associated with free gestures and abstract forms. Pollock was a leading figure of Abstract Expressionism in the art world. He described the nature of his technique in an interview: “It doesn’t make much difference how the paint is put on as long as something has been said. Technique is just a means of arriving at a statement.” Other artists such as Pablo Picasso and Tom Wesselmann will also be featured in the auction. Browse the entire collection and register to bid online on Invaluable