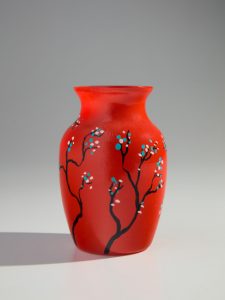 The work of illustrator Brian Donnelly, also known as KAWS, involves the use of X’s in the place of eyes, the nose, and ears of popular cartoon characters like Mickey Mouse and SpongeBob. Offered in the upcoming auction by Phillips is a Pinocchio figurine with ‘x’-ed out eyes, a representation of Donnelly’s first vinyl toy.

British contemporary visual artist Marc Quinn learns ‘what it is to be human in the world today’ with the use of different materials and subjects. The auction highlights Character Head 1, a lead sculpture made of bread affixed on a steel support by Marc Quinn. Multiple paintings, sculptures, and prints are also a part of the auction. Explore the full listings and register to bid online on Phillips.