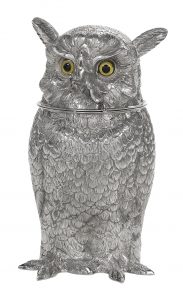 The second day of October Major Estates Sale by  commences with the highest estimated value of $180,000 for Rodolfo Morales’s oil on linen. Plaza de Los Suenos, which translates to the Dream Square, is a colorful portrayal of a sleeping man in a dream square. Morales, known as a great twentieth-century artist and muralist of Mexico, believed in the lord of dreams, which inspired many of his works.

Similarly, the American Astronomical Regulator Clock can fit perfectly in an antique lover’s house.  The upper crest of the clock has Minerva above a carved stag’s head that adds to its grace. The next piece is an authentic Colonial Georgia Map of the New Ebenezer Settlement. Hand-colored by Matthias Seutter, the engraved map belongs to a settlement of 150 Salzburger Protestants who had been expelled from present-day Austria. For more information and bid for the items mentioned above please visit New Orleans Auction.