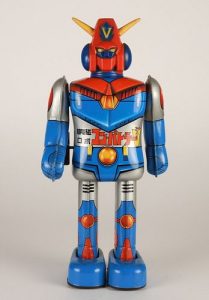 The upcoming Spring Comic Book & Toy Auction, offered by Bruneau & Co. Auctioneers, will particularly feature Marvel comic books. Highlighted is issue 39 of Marvel Comics Tales of Suspense from March 1963, which is overall in good condition. Notably, this issue contains the first appearance of Iron Man. There are several issues of the Tales of Suspense series in the auction, as well as early or rare editions of Spider-Man, Teen Titans, Thor, X-Men, Iron Fist, and more. Other comic-related lots include original art pages, such as a single panel from Dr. Strange in Shamballa by Dan Green. This color artwork was purchased directly from the artist and is appearing for the first time at auction.

Also up for bid are several antique tin toys, including the Bullmark Mirrorman Ultraman with its original box. Two vintage game cartridges will also be offered: a sealed 1999 Nintendo Pokémon Yellow and a 2000 Nintendo Game Boy Color Pokémon Silver. View any of the lots from this sale and register to bid on Bidsquare.