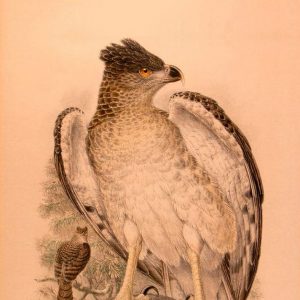 The upcoming Turner Auctions + Appraisals sale of maps, books, and illustrations was sourced primarily from two California collectors. It will feature 214 printed works from the 16th century and beyond. Single-edition books in the sale include The First Collected Edition of the Dramatic Works of William Shakespeare. The book is a facsimile of the First Folio of 1623 and was published in 1866. A more recent work up for bid is a first edition copy of For Whom the Bell Tolls by Ernest Hemingway. It is marked with an “A” on the copyright page, indicating that it is a first printing. Other authors with books represented in the auction are Truman Capote, Jack London, Raymond Chandler, and Oscar Wilde.

Beyond books, several antique and rare maps will be highlighted. These include a view of Groninga Dominum in the Netherlands by Gerhard Mercator, as well as a hand-colored Venetian map from the late 17th or early 18th century. Several bird illustrations are also on offer, including one depicting a Papuan eagle by John Gould. It was used as the cover illustration for both Great Bird Illustrators and Their Art 1730-1930 and Gould’s work, Birds of New Guinea and the Adjacent Papuan Islands. View any of these lots and register to bid on Bidsquare.