Made in California Contemporary Art 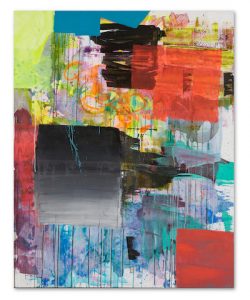 Featured in the upcoming Made in California Contemporary Art auction, offered by Bonhams, are two paintings from Sam Francis. The artworks, titled Los Angeles and Internalizing Van Gogh, were created in 1978 and 1985 respectively. Francis used liberal brushstrokes and exuberant colors to express his eclectic interpretation of Abstract art. An American painter known for the scale of his paintings, he was also credited with playing an elemental role in American post-war art’s international popularity.

Another work of contemporary art, a 1980 sculpture belonging to the estate of William and Josephine Roth, will be available in the auction. Small Horse, by Deborah Butterfield, is a three-dimensional model of a horse made of wood, metal, paper, and pampas grass. It stands 2.5 feet tall. Following Butterfield’s signature style, the piece uses mares to draw a metaphorical self-portrait and make a feminist statement. The event will also feature Thomas Houseago’s Drawn Face IV, as well as fine art and sculptures from Sam Durant, John McLaughlin, and Elmon Nelson Bischoff. Browse the entire catalog and register to bid online on Bonhams.