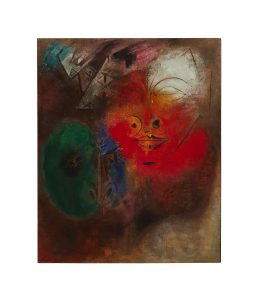 The ongoing Interiors: Fine Arts Online auction, offered by Christie’s, began on June 14th and will conclude on June 19th. The lots are primarily 20th-century paintings, figures, and photographs, but there are several exceptions. One notable exception is an original John Lennon “Bag One”, which is a collection of fourteen lithographs by the famous musician. The piece is signed by John Lenon and marked as the 75th copy of only 300 put into production. André Masson, the French artist whose work is associated with cubism, surrealism, and automatic drawing, is represented in this auction with “Démon des fleurs”. A painting from George Rodrigue’s iconic Blue Dog series, “A Lazy Sunday” is also among the lots in this auction with the highest estimated value. Substantially lower in price is a ceramic plate by Pablo Picasso, “Toros (A.R. 161)”, which is one of 500 such plates put into production. View these items and register to bid on Christie’s website.