From A Universal Collector – The Olbricht Collection 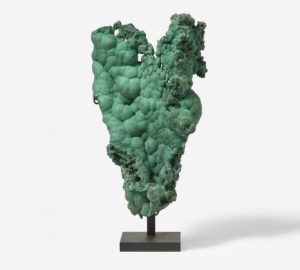 Cindy Sherman’s self-portraits have defined her artistic career after over four decades of development. By placing herself in different scenes and roles, she has intimately explored perceptions of feminism and representation. Van Ham’s upcoming auction of the Olbricht Collection will highlight three Sherman self-portraits, including a black-and-white print from her first round of photographs in 1979. Sherman is referenced in two additional works in the sale. American photographer Robert Mapplethorpe captured her in a 1983 photoshoot and Japanese appropriation artist Morimura Yasumasa alludes to Sherman’s famous Untitled #96 in a 1998 reimagined self-portrait.

Another female artist exploring themes of feminism under the male gaze is Vanessa Beecroft. She is an Italian performance artist known for her arrangements of nude women. Available in this event is a set of three props used in her VB64 performance, held in New York in 2008. In the original show, 20 models were painted to resemble marble Renaissance funerary statues. The living women laid next to wax sculptures, three of which now come to auction.

The event will feature the collection of Thomas Olbricht, a physician and chemist who has amassed a well-known and sizeable collection of contemporary art. A selection of his Wunderkammer or Cabinet of Curiosities objects will complete the auction. Visit the Van Ham website to place a bid.