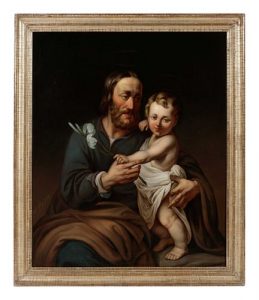 The Gorham Manufacturing Company was established in 1831 when Henry L. Webster joined Jabez Gorham. The company eventually became a leading Art Nouveau silverware producer. From 1896 through the 1930s, they introduced a line of silver known as Martelé. A set of Martelé silver chargers by Gorham will be showcased in the upcoming auction, presented by Hindman. Each plate, produced in 1911, has the monogram KS engraved at the center.

Another lot available in the sale is an Aubusson wool tapestry from the 17th century. Aubusson weavings have been created in France for centuries. They are woven to create an image using processes practiced in the Creuse region. The featured piece depicts a kneeling monarch and attendants leading a bull to sacrifice. Completing the auction is a pair of bronze mounted porcelain in the Sèvres style and a pair of bronze marble pedestals. Both sets date back to the 19th century. Those interested in these or any other items can register to bid on Bidsquare.