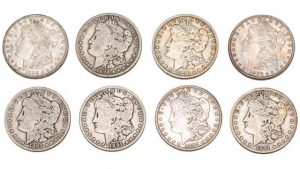 The Fine Coins and Currency: Timed Live Auctioneers Auction by Cowan’s Auctions is a traditional live auction.  It showcases many fine coins and rare currency.  Featured is one United States $20 gold Liberty Head by Kellogg & Co. and dated 1854 with a PCGS grade of AU50.  One United States Shield Nickel dated 1866 is also included. Confederate currency is a part of the auction as well.  This lot of 25 includes currency from the second through seventh series of prints. A United States $5 gold Liberty Head with a PSGS grade of VF30 is featured.  Starting bids for this auction range from $25 to $2,500 with estimates ranging from $25 to $7,000. View the entire catalog at Liveauctioneers.