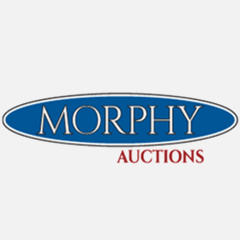 The Field & Range Firearms Auction, offered by Morphy Auctons, is a large sale made up primarily of antique and rare guns. One item creating early interest (and that has already been bid beyond its upper estimate) is a boxed Colt custom revolver. This special Colt features a nickel finish, with bird’s head ivory grips. It has not been fired and comes in the original blue box with paperwork and white liner box with matching end label.

Another lot creating some early interest is a Colt 1911 El Teniente 38 super semi-automatic pistol. There was limited production for this special offering from Lew Horton Distributors. It has been finished in the highly polished royal blue with synthetic pearlite grips and Colt medallions. The El Teniente pistol is rarely seen on the U.S. commercial market, and this specimen appears new with no evidence of use. Comes with factory box and outer numbers matching the sleeve.

Among the many unique offerings is a custom 20-shot C-96 Broomhandle Mauser Semi-Automatic pistol. Mauser is a German arms manufacturer and was originally known as Königliche Waffen Schmieden. Their line of bolt-action rifles and semi-automatic pistols have been produced since the 1870s for the German armed forces. In the late 19th and early 20th centuries, Mauser products and designs were also exported and licensed to a large number of countries that adopted them as military and civilian sporting firearms. This gun has been assembled from parts and renumbered to match. View any of these lots and register to bid on Morphy Auctions.