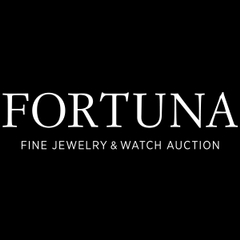 From American presidents to musician Eric Clapton, several watch models offered this time by Fortuna Auctions were made popular by the people who wore them. Represented in these lots, too, are watch models that served an important purpose for the Italian Air Force and the British Army as they completed their missions.

The fourth watch-only auction from Fortuna Auctions, it is also their latest collaboration with watch collector Gregory Selch. This time, Fortuna Auctions and Selch are offering several iconic watch brands, including the Rolex Day-Date, which was made famous by American presidents, including Lyndon B. Johnson. The auction also contains pieces of military significance. This includes the Zenith A. Cairelli, the watch of choice for the Italian Air Force, and the Omega Seamaster 300, designed specifically for divers in the British Army. Rock music fans and watch collectors alike are also unlikely to forget the Universal Geneve Tri-Compax, a favorite of guitarist Eric Clapton. Those interested in these pieces can register to bid online on Bidsquare.