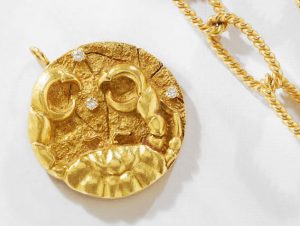 Diahann Carroll was the first African American woman to win a Tony Award for best actress. The upcoming auction presented by Bonhams will feature over 150 items from her estate. In 1968, Julia became the first American television series to cast a black woman in a significant role. An important breakthrough in Carroll’s career came with the show. The auction presents Carroll’s mimeographed pilot manuscript of Julia in a custom burgundy binding. The auction also showcases late 19th-century jewelry pieces owned by the actress. Among them is a square-cut diamond and pearl “Toi et Moi” ring.