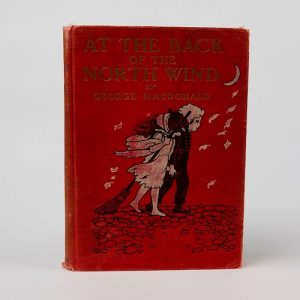 W.S. Penley depicted Donna Lucia d’Alvadorez in the farce Charley’s Aunt by Brandon Thomas. In this comedy, Penley cross-dressed as an aunt from Brazil who chaperoned some young ladies he and his friends wished to entertain. After opening in 1892 in London’s Royalty Theatre, Charley’s Auntwas a huge success, achieving a record-breaking run of 1,466 performances. In 1914, Doulton introduced a Charley’s Aunt figurine, modeled by Albert Toft. Two other versions of the same figure were later introduced, but all were withdrawn by 1938.  The upcoming Discovery Sale by Whitley’s Auctioneers will showcase one such figurine of Penley’s character, dressed in lilac.

The decorative art auction will feature many other antique Doulton figurines. A 1929 Leslie Harradine model of a mischievous Pierrette, or sad clown, is another example. The figurine carries balloons and wears a short dress with a ruffled collar and cone hat. Additional lots include a 20th-century set of five blanc de chine cherub figurines on pedestals and a group of seven Wedgwood Jasperware medallions and roundels. The latter includes an uncommon tricolor white, pink, and green roundel. Explore the full listings and register to bid online on Bidsquare.