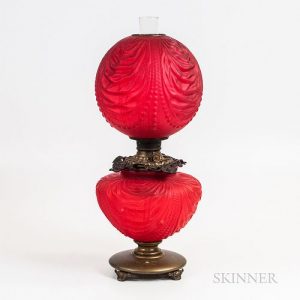 A cabinetmaker from London, Thomas Chippendale was well known for his meticulous take on 18th-century furniture design. With a blend of influences that included Gothic, Rococo, and Chinese styles, he attempted to create his own approach. The Chippendale style was popularized between 1750 and 1780 in England and the American colonies. A Chippendale-style walnut dressing chest will be available in the upcoming Discovery – Interiors auction, presented by Skinner. The event also brings a 1920 Sarouk carpet. Sarouk rugs, also known as Saroughs, are traditional Persian carpets woven in the village of Saruk, Iran. These carpets are mostly valued for their curvilinear and floral designs.

A Renaissance-style carved fall-front desk is another key lot. Renaissance furniture was strongly influenced by Classical architectural elements, often using motifs such as columns, pediments, and cornices. Mythological, historical, and religious themes were also incorporated in Renaissance furniture designs. View the complete catalog for this sale and register to bid on Bidsquare.