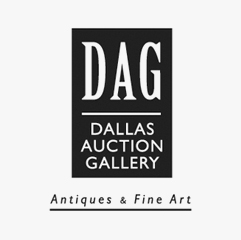 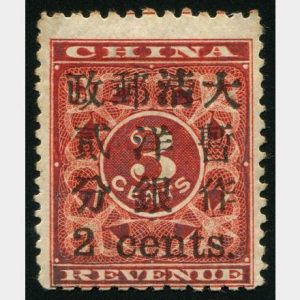 After 30 years of disorganized mail delivery, the Chinese Qing government approved the creation of the first national postal service in 1896. The government ordered specialized stamps from Japan to commemorate the occasion, but the shipment failed to arrive in time for the opening. A small number of red revenue stamps were quickly overprinted with new denominations to correct the mistake. Now called 1897 Red Revenues, these stamps are highly coveted items among postage collectors. Several examples of the 1897 Red Revenue stamps will come to auction in Dallas Auction Gallery’s upcoming event. The sale features over 250 Red Revenues from the private collection of Walter Huang.

Chinese stamps are the exclusive focus of this auction. “Philately has a special place in Chinese culture, with rare stamps regarded as important cultural icons and treasures, just like art,” Jeffrey Schneider, the director of Interasia Auctions, has said about the category. Many of the stamps created after the establishment of the People’s Republic of China reflect this interest in cultural preservation. One cultural stamp on offer, printed as a souvenir sheet in 1962, shows Mei Lanfang in a performance outfit. A Chinese theater actor and opera singer, Mei was considered a national icon. Another souvenir sheet from this period promotes the early study of science. It shows a young girl reading a book while admiring aquatic creatures and the night sky.

A selection of stamps printed with the poems of Chairman Mao will also be included in this auction. Stamps predating the 20th century are offered as well. Among these are 1894 stamps issued to commemorate the 60th birthday of Cixi, the Empress Dowager who controlled the Qing government in her later years. For more information on the mentioned lots or to place a bid, visit the Dallas Auction Gallery website.