Cars from Aston Martin, Bentley, and Others Offered by Bonhams 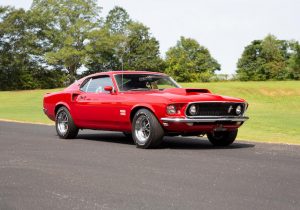 In 1930, Bentley aimed to produce a car that could go “100mph without noise,” according to their advertising. This was particularly ambitious because, behind the scenes, Bentley was on the verge of bankruptcy. The company made good on their promise with the 1931 Bentley 8-Liter Tourer, an example of which highlights the upcoming Collectors’ Motorcars event, presented by Bonhams. This is one of only 100 8-Liter Tourers produced before Bentley’s bankruptcy became official.

Collectors interested in the early years of automobiles can also consider the 1913 Locomobile Model 38. This example was restored in the 1960s to include such features as a modern starting system. In 2017, it completed a 600+ mile tour, informally referred to as the “brass and grass” tour. Those seeking more contemporary automobiles will find a 2009 Aston Martin DBS Coupe. The DBS series made its debut to the public in 2006’s Casino Royale, when James Bond wins it in a high-stakes poker game. Bond would ride a DBS once again at the start of Quantum of Solace (2008). This example comes to auction with fewer than 10,000 miles on it. Register to bid in this sale by visiting the Bonhams website.