Books and Manuscripts, Including Americana 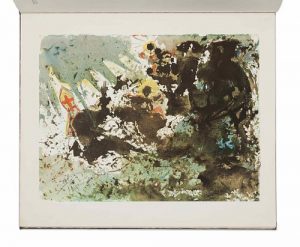 Hindman’s upcoming auction of Books and Manuscripts, including Americana, is sourced in part from the collection of Rhoda H. Clark, a businesswoman and book collector. Clark helmed the Monastary Hill book bindery after four generations. Available items from her collection include examples of Monastery Hill bindings, such as the complete works of Honore de Balzac, A Christmas Carol in prose by Charles Dickens, Hawaii by James Michener, and more.

Other rare bindings in the sale include a ten-volume set of the complete writings of Walt Whitman. The set on offer is number ten of ten copies on Japanese vellum of the “Author’s Autograph Edition.” Bound into one of the books is an original autographed letter written by Whitman to an unnamed recipient.

Beyond books, there are notable Americana items, such as letters, documents, and signatures from American Supreme Court Justices. One of the leading lots offers over 200 items signed by Supreme Court Justices, from John Jay through William Rehnquist. The auction house describes the set as “the most complete collection to appear on the market.” Other Justices represented in the set include Sandra Day O’Connor, David Souter, Ruth Bader Ginsburg, Sonja Sotomayor, John McKinley, and James Iredell. View any of these lots and register to bid on Bidsquare.