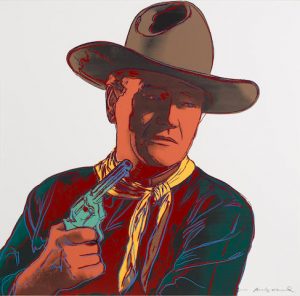 Bonhams’ upcoming Prints & Multiples Auction presents works from renowned American artists such as Ed Ruscha, Andy Warhol, and Richard Diebenkorn, to name a few. Included is Andy Warhol’s $. The stylized work belongs to the 1981 Dollar Sign series. Created with many silkscreens for a textured look, the piece shows a cartoonish dollar sign. It explores the relationship between commerce and art. Warhol’s work reflects American culture and its obsession with wealth in the 1980s.

La Persane (The Persian) by Henri Matisse is another key highlight of Bonhams’ upcoming auction. The French artist made major contributions to the fields of painting, printmaking, and sculpture. His use of color made him a popular artist in the 20th-century modern art scene. The presented lot is a lithograph on Arches paper. The artwork depicts a seated woman wearing a veil. Also showcased are Keith Haring’s Plate V and David Hockney’s Tyler Dining Room. View additional lots of interest and register to bid online on Bonhams.