Antiques/Vintage Photos and Postcards in Black Friday Sale by Artelisted 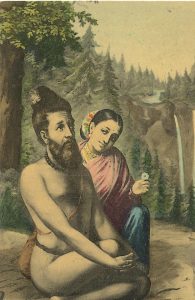 The late 1800s witnessed streams of artists who moved away from classical design and drew more organically. It gave birth to the Art Nouveau movement, which only lasted a few decades. However, the style and ideas of that movement had a long-lasting impact on the art world. Inspired by Japanese art and nature, Art Nouveau designs often featured muted colors with curved lines. During this period, posters (even commercial ones) were given their due credit as forms of art. Several Art Nouveau-inspired vintage posters, postcards, and tickets will be highlighted in the upcoming Black Friday Sale, offered by Artelisted. From the much loved Pokémon characters to Indian Sadhus to pinups of nude models, postcard and poster collectors will find numerous lots of interest in the auction.

Also on offer is a hat autographed by Rafael Nadal, Roger Federer, and Andy Roddick. Signed during the 2006 US Open Tennis Championships, the hat is a historical testimony of the game. A signed stamp from Manuel Carrillo (1906-1989), a Mexican photographer who often engaged with Indigenous Mexican cultures, is highlighted as well. Visit Artelisted to view the entire catalog and place a bid.