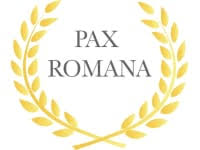 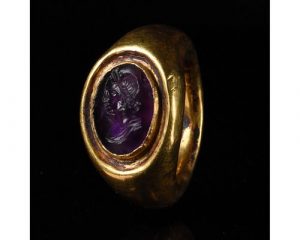 When each Greek city-state was separate in the eighth century CE, military power and weaponry were necessary for sustained independence. At the beginning of the Greek Archaic age and end of the Bronze period, Greeks began wielding new styles of swords. Among them was a central European-style iron sword designed with a leaf-shaped blade and straight crossguards. A Greek sword in this style from the late Archaic age is one of the key lots of the upcoming Ancient Jewelry, Weaponry, and Coins Sale, presented by Pax Romana Auctions. The auction house notes that the piece may have belonged to an elite soldier, perhaps a hoplite or a Spartiate.

A Byzantine gold cross set with emerald, likely produced between 900 and 1200 CE, is also highlighted. This piece has a repeated heart-shaped design. The center of the cross is set with emeralds, and teardrop-shaped pendants hang from the bottom. Another lot of interest in this auction is a Viking four-plate iron helmet. In depictions dating between the eighth and 11th centuries, Viking warriors appear in simple helmets made of iron or leather. The available tenth-century artifact is a Spangenhelm-style helmet made of several pieces of riveted iron that form a bowl shape. Browse the full catalog for this sale and register to bid online on Bidsquare.