János Vaszary was active during the 1880’s to 1930’s. He was known for using wide a wide variety of color, combining technique and imagination to create outstanding artworks that during their time, were considered on the forefront of modernism. His style was constantly changing, evolving, and experimenting, ranging from Art Nouveau, Fauvism & Post-Impressionism. He dedicated his life to his art, studies, and teaching.

Vaszary began his formation at the Hungarian University of Fine Arts, studying under János Greguss. Later, he was taken under the wing of the great Hungarian painter, Bertalan Székely, spending several years studying his techniques. In 1887, like many other Hungarian painters of this period, he went to further his training in Munich. Inspired after seeing an exhibition of Jules Bastien-Lepage’s paintings, he moved to Paris in 1899, ending his official studies at the renowned Julian Academy of Paris.

In his art, one can see that Vaszary was primarily influenced by his French masters, Bastien-Lepage and Puvis de Chavannes. However, the artistic colony of Nagybánya also played a role in the evolvement of his works. This was a group of artists led by Károly Ferenczy, who is considered the "father of Hungarian impressionism and post-impressionism" and the “founder of modern Hungarian painting,” also one of the many artists who had studied in Munich roughly around the same time as Vaszary.

Although Vaszary studied under these notable masters, he became a master himself – his mesmerizing styles evolving over time. The most drastic change is noted when he was called to the Serbian front during WWI, serving as a correspondent. During this period, his paintings reflected the horrors he had experienced firsthand. His techniques became more tense and striking, depicting life (or death) on the Carpathian frontline. In his 1915 painting entitled Russian Prisoners in the Barracks, officers and privates of the Tsar’s army linger in captivity lethargically. There is more intensity to Soldiers in the Snow, a work Vaszary painted just one year later, which uses the arsenal of German expressionism to depict man as he is laid bare to war and vicious natural elements.

Upon the end of the war, he returned to Paris, where his tendencies returned to a more Impressionistic approach. Vaszary also spent some time touring Italy and Spain, as noted in some of his works (Couple From Seville featured below.) As Vaszary’s recognition increased, it was boosted furthermore after Emperor Franz Joseph I, The Emperor of Austria, King of Hungary, King of Bohemia, and monarch of many other states of the Austro-Hungarian Empire, purchased a painting of Vaszary’s, titled “The Sharecropper.”

In 1920, Vaszary began serving as a Professor at his alma mater, the University of Fine Arts, until 1932. In 1924, he was one of the founders of the "Képzőművészek Új Társasága (New Society of Artists, whose acronym "KÚT" means "fountain" in Hungarian). In 1926, he was commissioned to paint murals at the Biological Institute in Tihany.

Vaszary painted until his death in 1939, after retiring to the small town of Tata, Hungary.

Our upcoming June 26th auction features three pieces of Vaszary’s. The first, a portrait of his wife, Maria Vaszary, also known as “Mimi.” This painting was given to the current owner's grandfather who is Maria Vaszary's nephew. The second is titled “Hussar”, and the third, “Floral Scene." All three of the artworks have never been exhibited and have been in the family for over 90 years. 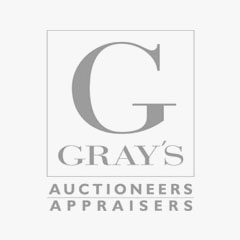