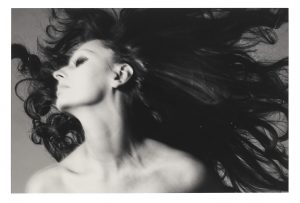 An American photographer, George Krause began his artistic journey while serving in the U.S. Army (1957-59). In his spare time, he would move around the neighborhoods of South Carolina and photograph the cultural landscapes. One of the key highlights of the upcoming Photographs from the W.M. Hunt Collection sale, presented by Christie’s, is an arresting portrait by Krause titled Fountainhead from 1970. It is a gelatin silver print with a signature and date written in pencil. Another key lot is Richard Avedon’s photograph of Sophia Loren (1970). The hairstyle by Ara Gallant and the overall hazy impact adds a slightly surreal look to the image. The gelatin silver print is flush-mounted on linen. Specializing in fashion and portrait photography, Avedon worked for well-known publications such as Harper’s Bazaar and Vogue in his long career. Another significant photograph is Phyllis Galembo’s Brazil (1987). Like many of her striking portraits, this one shows the subjects dressed in elaborate traditional outfits.

A photography collector, curator, and consultant, W.M. Hunt has collected photographs for more than three decades. This personal collection is noteworthy for the obscured look or closed eyes of all the subjects. It includes works of masters as well as rising photographers. The collection comprises various styles of portraiture as well. To view the complete catalog and register to bid online, visit Christie’s.