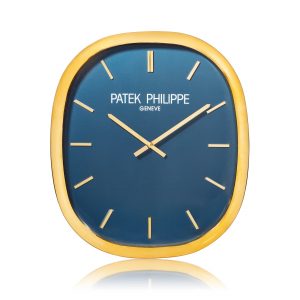 A Swiss manufacturer of luxury watches, F.P. Journe is named after its founder, François-Paul Journe. The company is the only three-time winner of the Aiguille d’Or grand prize from the Fondation du Grand Prix d’Horlogerie de Genève. Today, F.P. Journe is among the last watch manufacturers still operating from central Geneva. One of the leading lots featured in the upcoming online watches auction, offered by Christie’s, is an F.P. Journe platinum Octa-Auto watch accessorized with a platinum tang buckle. Among the other lots of interest in the sale are two Patek Philippe watches. One is an 18-karat gold Perpetual Calendar (Ref. 3945/001), while the other is a Luminous Dial (Ref. 2508J). The Swiss luxury watchmaker is known for manufacturing some of the most complicated mechanical watches in the world.