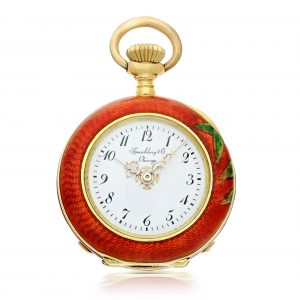 Following the success of the Rolex reference 6238 watch, an updated reference 6239 was launched in 1963. It was the only model that featured inverse colors for sub-dials. Before becoming known as the Rolex Daytona, this racing-inspired watch was called the Rolex LeMans. The upcoming Watches auction, presented by Sotheby’s, offers a Rolex Daytona reference 6239 among the key lots. This watch features a double Swiss underline dial, which can only be seen in the early examples of this reference.

At the top of the collection is an Omega Seamaster 300 watch. Launched in 1957, this watch was designed as a tool for divers. Between 1967 and 1970, the Omega Seamaster 300 watch was issued to members of the British Royal Army and Navy. The available 1968 watch was delivered to the US Marine 6th Fleet Base. Also showcased are timepieces from Audemars Piguet, Patek Philippe, IWC, Piaget, Cartier, and Bulgari. Interested collectors can explore the catalog and register to bid online on the Sotheby’s website.