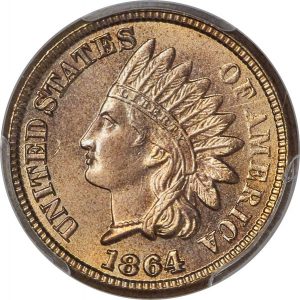 The U.S. Coins Auction by Heritage consists of a large sampling of collectible U.S. rarities from across the minted spectrum. One controversial example is the 1776 Continental dollar. The origin and purpose of the 1776 dollar are in dispute despite historical documents referencing the dollar from more than 235 years ago. The coin has been studied by numerous numismatic researchers, and some have even suggested that it was struck in London for sale as a medal. Regardless, the coins remain elusive and valuable.

Another unusual sample from this sale is the 1915-S Octagonal fifty, which was minted to celebrate the Panama Pacific International Exposition. The purpose of the exposition was to celebrate the completion of the Panama Canal, and this coin pays tribute to that engineering wonder. The coin’s designer, Robert Aitken, included a ring of dolphins around the border, meant to symbolize the uninterrupted waterway of the canal. There were only 645 octagonal examples of these $50 that were ever distributed.

For collectors who enjoy error coins, there are several offerings, including the 1969-S 1 Cent Doubled Die Obverse. The outline is visible on the date and the words LIBERTY and IN GOD WE TRUST. The Professional Coin Grading Service (PCGS) estimates that approximately 30 of this coin variation is known. It is ranked second in Schechter and Garrett’s 100 Greatest U.S. Modern Coins, in which they write: “It is definitely the most valuable Lincoln cent variety and among the most rare.” Find these and many more rare coin lots and register to bid at Heritage Auctions.