Travel & Sport in Africa from the Library of Arnold ‘Jake’ Johnson 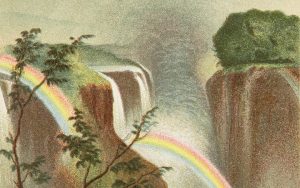 Doyle’s auction Travel & Sport in Africa from the Library of Arnold ‘Jake’ Johnson consists of over 350 books about all aspects of Africana.  Lots include Frank Oates’s “Matabele Land and the Victoria Falls,” regarded as one of the best early descriptions of the region, a rare edition of W.C. Harris’s “Narrative of an Expedition into Southern Africa, during the years 1836, and 1837…”, and an important big game hunting title “Sport on the Blue Nile; or Six Months of a Sportsman’s Life in Central Africa by Isaac Charles.  Rounding out the collection are Victorian scrapbooks and albums on hunting as well as 20th century titles by authors like Martin and Osa Johnson, Carl Akeley, and Peter Capstick, many of which are signed.  To register and view the complete catalogue, go to Doyle.