Doyle’s upcoming Entertaining with Style auction will showcase several patterns by flatware firms such as Tiffany & Co. and Reed & Barton, a collection of Dodie Thayer’s lettuce-inspired serving pieces, and more. Recognized globally for its luxury jewelry, Tiffany & Co. is also an important player in the silver industry. A lesser-known fact is that, in 1867, Tiffany & Co. established the current American sterling silver standards of 9.25 parts per 1,000 parts silver. According to its website, the company also employs the largest number of silversmiths in the United States at its Rhode Island workshop, where these artisans have been handcrafting important sterling silver designs for more than a century. Highlighted in this Doyle auction is approximately 119 pieces of Tiffany & Co.’s sterling silver flatware in the Olympian pattern.

Several pieces of Dodie Thayer’s Lettuce Ware will also be available. Influenced by the vegetable that helped the self-taught artist mold pottery, these serving pieces have garnered a fan base that includes Frank and Barbara Sinatra, Jacqueline Kennedy, C. Z. Guest, and Queen Elizabeth II. Visit Doyle to view the entire auction and to place a bid. 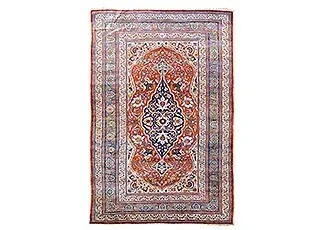