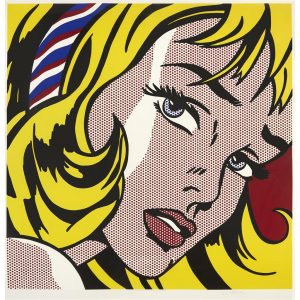 The Robert J. Morrison Collection offered by Freeman’s Auction presents contemporary prints from numerous 20th century artists, including Roy Lichtenstein and Andy Warhol. Among 211 lots, Roy Lichtenstein’s Sweet Dreams, Baby! sets the highest estimate at $100,000. Lichtenstein’s works are composed of Ben-Day dots, following the method used by newspapers and comic strips to display gradients and texture. Andy Warhol’s Mao will also be available. Produced in 1972, the screen print is on Beckett High White paper. Warhol is known as one of the most successful commercial artists since the 1950s. He won frequent awards for his style, using his own blotted line technique and rubber stamps to create his prints. View each of these lots and register to bid online on Invaluable.