The Forke Collection of Early Americana 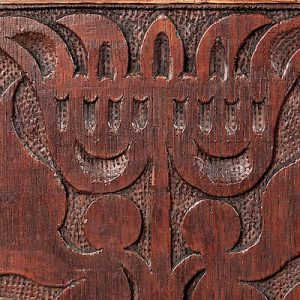 With time, everyday decorative items eventually become art objects. The Forke Collection of Early Americana, presented by Skinner, offers bidders decorative art, furniture, and collectibles from both England and America through the 17th and 18th Century. Something even as unassuming as a pocket globe can remind art collectors, how people saw the world hundreds of years ago.

The lots in this auction with the highest estimated value are a series of chests, including an oak sunflower chest with two drawers. The piece dates back to the late 17th Century and is decorated with three carved sunflower blossoms. The chest originally entered the market in 1981 and was previously held in the original family’s collection.

Another piece that combines functionality with intricate details is the previously-mentioned Nicholas Lane pocket globe. The globe was made in 1776, the same year the original 13 American colonies separated from Great Britain. Marks on the globe outline the journeys of both Captain Cook and Commodore George Anson. Register to bid online on Bidsquare.