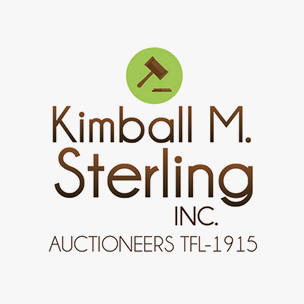 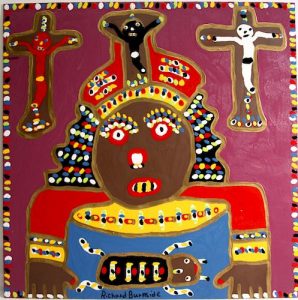 The Ted and Ann Oliver Outsider and Folk Art auction, offered by Kimball Sterling, presents fine and decorative art with non-traditional elements. Two pieces by Carlton Garrett are highlighted in this auction, Couple on Bench and Couple Dancing. Both lots juxtapose an everyday activity with the couples’ lifeless stares and skeleton-white skin tone, achieved with acrylic paint on wood.

Also featured in this auction is a series of face jugs by Burlon Craig. As his profile by the National Endowment of the Arts notes, Craig spent most of his career making basic stoneware items for locals. The face jug series available in this auction contrasts the jugs themselves with stern faces carved on their side. Several paintings are also available in this auction, including Alyne Harris’s Hell Dog Eating Bones of the Damned and Howard Finster’s Lady and Dove. Those interested in any of these lots can register to bid on  Bidsquare.