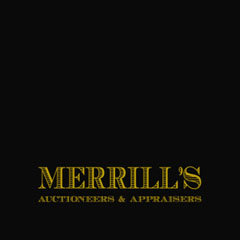 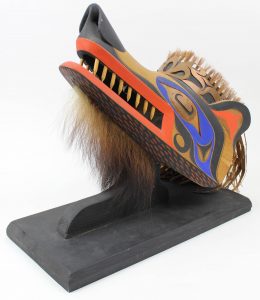 The first day of the Sporting & Adirondack Auction, offered by Duane Merrill & Company, includes antique and modern firearms, Native American items, Northeastern taxidermy, Lake Champlain decoys, sporting art, gold coins, and more. Featured in this auction is a Winchester Repeating Arms rifle from 1886. This piece was engraved by Conrad or John Ulrich, two of the makers and engravers at Winchester Repeating Arms during the late 1800s. The engravings show scenes of bears, moose, and whitetail deer along with a pinwheel design. The auction house notes that the antique firearm remains in excellent condition.

Also up for bid is a Gustav Stickley #624 mission oak hexagonal library table. Stickley was a prominent designer of the American Arts and Crafts movement. His line of furniture was manufactured by Craftsman Workshops, which he founded. Other featured lots under the gavel include an Inuit carved wolf mask, an 1888 Auratone photo of “Jocko” Flynn (who played for the pennant-winning Chicago White Stockings), and a Civil War-era surgeon’s kit. View any of these lots and register to bid on LiveAuctioneers.