Selections from the Library of Gerald and Barbara Weiner 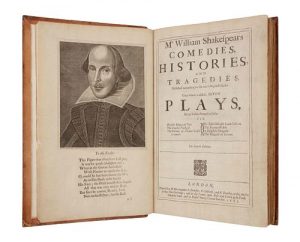 In Hindman’s upcoming sale highlighting the library of Gerald and Barbara Weiner, a first edition copy of Charles Darwin’s The Origin of Species by Means of Natural Selection stands out. In this first edition, the word “species” is misspelled on page 20 and the full whale-bear story is included on page 184. The offered copy is also autographed and inscribed by Darwin to an unknown recipient: “Sept 5th, 1880 / Down Beckenham / Kent / With Mr. Darwin’s compliments.”

Also in the auction is a letter written by Malcolm X to author Alex Haley in 1964. In the letter, Malcolm X responds to an editorial published in the Saturday Evening Post titled “The Lesson of Malcolm X.” Though their relationship was originally contentious, Haley eventually authored The Autobiography of Malcolm X with the subject’s cooperation in 1965. Other items in the sale include a Kelmscott Press edition of The Works of Geoffrey Chaucer, an early folio edition of William Shakespeare’s plays, first edition copies of the Lord of the Rings trilogy, and more. View any of these lots and register to bid on Bidsquare.