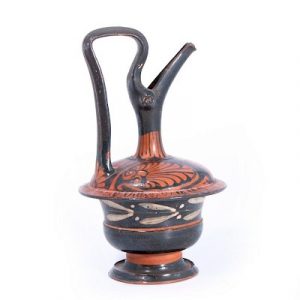 With one of his legs paralyzed, a child named Toshi Yoshida began sketching animals with his ample spare time. He did not want to be exactly like his father, who was a landscape printmaker. But as an adult, he eventually used his skills to depict scenery. The result is one of the most striking pieces in the upcoming Rembrandt to Yoshida auction offered by Turner Auctions. “Mt. Rainier in Winter” uses the bold colors of traditional Japanese artwork to captivate viewers. With a starting bid of USD $100 and an estimated price of between $200 and $400, the piece will also be within the budget of most bidders.

As its name implies, the auction not only features the work of Toshi Yoshida, but also Rembrandt van Rijn. Rembrandt redefined painting in many ways during his career. Van Gogh said of him, “it is with justice that they call Rembrandt—magician—that’s no easy occupation.” But one of Rembrandt’s most important legacies is his self-portrait. Several lots in this auction highlight strength, including his self-portrait, wearing a soft hat.

Each lot in the auction represents time of the creators. However, one-piece dates far before Rembrandt. An ancient Greek or Roman marble head is available in this auction, with a starting bid of $200. The auction house estimates the piece was made between 200 B.C. and 200 A.D. Bidders should consider the condition of this piece before bidding. Those interested in any of these pieces can register to bid online on Bidsquare.