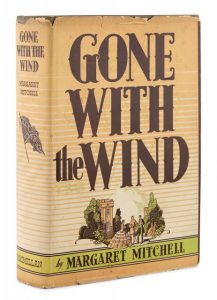 The Rare Books, Autographs, & Maps Auction, offered by Doyle, will feature various Americana documents, including a letter from President George Washington written in the final days of his administration. In the letter, he details some preparations for his return to Mount Vernon. Also of interest in the sale is a collection of maps, many of which detail California and North America.

The Mary K. Young collection of Beatrix Potter (writer and illustrator of Peter Rabbit books) and E. H. Shepard (illustrator of the Winnie the Pooh books) is also available. The collection includes original drawings from both illustrators. A sketch by Pablo Picasso and several signed drawings and animated stills by Charles Schulz will be presented as well.

Beyond the books and illustrations, the auction will offer a ripped greeting card signed by all four members of the Beatles. The autographs were collected at The Ed Sullivan Show on February 9, 1964. Also up for bid are items signed by Albert Einstein, James Watson and Francis Crick, Guiseppi Verdi, and Bill Wilson (founder of Alcoholics Anonymous). The sale is rounded out with items related to English royals, focusing primarily on the Duke and Duchess of Windsor. To learn more about any of these lots and to register to bid, visit Invaluable.