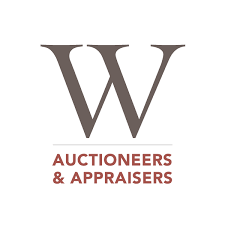 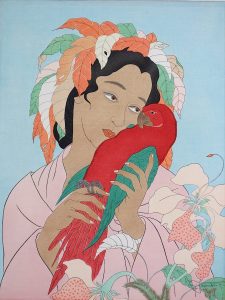 Prints by Paul Jacoulet is an auction offered by Weschler’s Auctioneers & Appraisers. All sixteen lots in this auction are by Paul Jacoulet, who was a French woodblock print artist based in Japan. He is known for a combined style of traditional Japanese ukiyo-e and techniques he developed himself. Jacoulet was born in Paris in 1896 but lived in Japan for most of his life, and during the occupation, he was recruited to work at the Tokyo Army College. General MacArthur, Greta Garbo, Pope Pius XII, and Queen Elizabeth II were all prominent collectors of Jacoulet’s work.

Jacoulet is one of the few western artists to have mastered the art of woodblock printing proficiently enough to be recognized not only in the West but in Japan. Almost all of his works are of people, either portraits or full figures, as can be seen in each of the prints in this sale. They have been sold at auctions for as much as $25,000. View all lots and register to bid at Weschler’s.